I lost it yesterday in the soda aisle at the local supermarket. The Mrs. had sent me to pick up a couple things and I decided to get a pack of water and there they were, packed in sixes, 7 oz. bottles with the all too familiar Taino Chief logo, on sale.  Maltas, or as mom used to call them because of the smaller bottles maltinas. 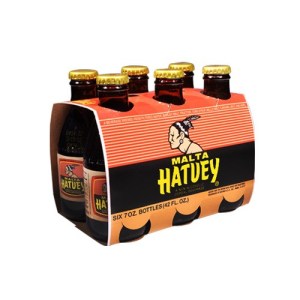 And right there among all the Cokes and Pepsis and Sprites, cans and 2 liter bottles, with some off version of the Police’s Every Breath You Take playing from the speakers overhead, I lived my childhood through to the last couple of weeks of my mom’s life. All of it, in an instant.

I was, as mom would put it, una vara de tumbar gatos – a rod to knock down cats. (Apparently, in Cuba, if your cat climbed up a tree, you didn’t call the Fire Department, you used some kind of skinny rod  to poke them down and thus, if you were skinny as a rail, like I was, that’s what they called you. A cat rod. ) So skinny was I that mom tried everything to get me to gain weight and the only thing that I really enjoyed were the maltinas. She’d offer them and I’d chug them down. And when she mixed them with condensed milk…heaven.

Mom loved them, too. Every time she and dad would send me for groceries maltinas were always near the top of the list. “Bring at least two seepacks,” Dad would say.

Mom went into the hospital with shortness of breath caused by fluid in the lungs as a result of CHF and Mitral Valve Prolapse. She was retaining water at an unhealthy rate and was placed on diuretics and fluid restrictions right away. She would ultimately live the remainder of her days on said restrictions and diuretics.

She retained so much fluid that she even experienced third spacing, where the fluid ultimately traveled down to her legs and caused not only swelling and edemas, but blistering from inside her skin. It was heartbreaking to see her so swollen, but it was a million times worse to see her thirsty, hear her begging for a sip of water and not being able to give it to her.

For weeks – months – mom was subjected to unknown thirst. She would beg, she would scream. She couldn’t sleep from thirst and all we could do was moisten her lips and tongue with a little stick with a sponge on the end.

Her lips chapped. Her mouth got so dry that she could barely swallow, couldn’t chew any food and when she spoke her voice was hoarse. And when she spoke, all she said was Agua. Demen agua.

Right before she went back into hospital from the rehab facility for the second and final time, all she wanted, all she kept asking for and dreaming about was a nice, cold maltina.

So I broke down in tears in the soda aisle in front of the tons of malta six packs. So many to choose from, some even on sale. Had I been able to swallow, I could have downed two or three right there and then out of principle, as if to give mom the maltinas she yearned for but never got to drink.

This entry was posted in Uncategorized. Bookmark the permalink.